Rebecca was elected as the Conservative MP for Taunton Deane in 2015 winning the seat from the Liberal Democrats with a 15,500 majority and achieving the second biggest swing in the country. She consolidated her position in the election in 2017 with 33,333 votes, increasing her vote share by 4.8%, gaining 52.9% of the vote.

A scientist by training, after working for the National Farmers Union, Rebecca  spent much of her working career as a journalist and broadcaster specialising in the environment, farming, rural issues and gardening working for the BBC, ITV and Channel 4.   Prior to heading to Parliament Rebecca also ran her own communications business focusing on clients in her specialist areas. She considers herself a traditional blue Conservative with a streak of sustainable green.

Since being elected as the MP for Taunton Deane Rebecca has worked with other stakeholders to attract £300million to the constituency for a range of infrastructure projects including the upgrade of Taunton Rail Station, widening of M5, Junction 25, development of the Tone Way and Creech Castle junctions as well as working to secure funding to upgrade the A358. She was also involved, with the National Trust,  in attracting £1million of Libor funding for the Wellington Monument restoration project. She also helped secure Garden Town status for Taunton.

Rebecca is passionate about her local area, where she lives with her husband of 28 years and where they have brought up their 3 children. 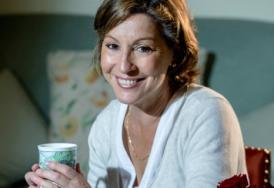 Your views matter, and I am keen to make a difference to our community. If I can help in any way, or if you want to let me know what your concerns are, please get in touch.