He is also a town councillor in Wellington, and a former Deane councillor for the Blackdown ward, which has three of the 10 parishes which now comprise his county council division.

John is a single parent with two young sons and works part-time in a Tesco supermarket, with a background as a journalist and public relations consultant.

He has helped to bring much-needed new homes to communities on the Blackdowns and supported local businesses to create employment.

John is in his second spell of service on the Blackdown Hills AONB management committee.

In Wellington, John has secured bus shelters at Cades Farm and new public seating in the town centre, saved local ownership rights to the park from being given away, and has worked to reduce traffic jams.

Residents living on parts of the new Cades Farm estate in Wellington were this week being surveyed about postal and parcel delivery problems due to possible confusion over similar street names. 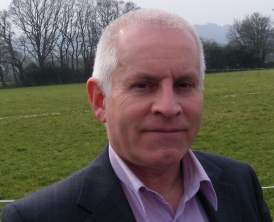