After reading history at Exeter University, Rod served as a regimental officer in The Light Infantry and a staff officer in the Ministry of Defence.  In 2002, Rod retired from the Army as a programme management specialist.  Initially, he worked for the MoD as a consultant in corporate planning at the newly established Defence Academy of the UK, where he worked for very senior civil servants and Armed Forces officers.

After the Defence Academy, Rod was an interim manager in business for eight years, using his project, programme and portfolio management, and leadership, expertise to help organisations introduce transformational change while maintaining current operations.  He worked for the UKHO, NHS Trusts, Clinical Commissioning Groups and large partnerships of NHS and local government organisations.

Since being elected as a County Councillor in May 2017, Rod has chaired the Somerset Armed Forces Covenant Partnership, which seeks fair treatment for Regulars, Reservists, Veterans and their families.  He chairs the Conservative Group of Somerset County Councillors. He is also Vice-Chair of the Childrens and Families Scrutiny Committee, a Governor of Taunton and Somerset NHS Foundation Trust and has helped lead the Partnership creating the Somerset Wood to commemorate Somerset’s losses in World War One.

Rod believes good strategic planning and implementation will make Taunton and Somerset a better place to live.  He thinks local government needs to develop beyond its historical role of a social service provider to a wider role as a commissioning authority and a leader of partnerships.  While trying to improve Somerset’s future, Rod works to look after the Rowbarton and Staplegrove residents that he is privileged to represent. 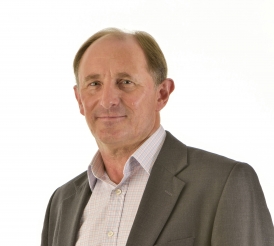