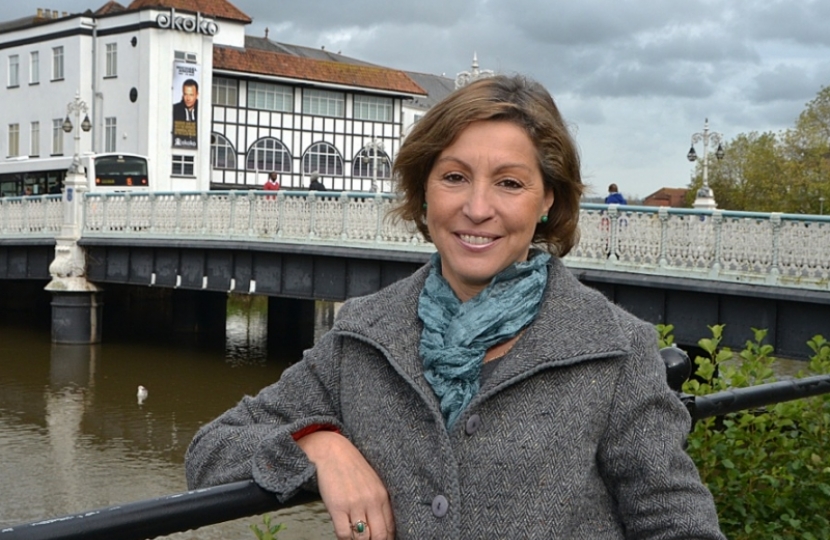 She will be working with Gavin Barwell, Minister of State for Housing, Planning and Minister for London in the Department of Communities and Local Government (DCLG). Rebecca will act as the ‘eyes and the ears’ of the Minister in the House of Commons. Although she will be unable to have any jurisdiction over planning law, Rebecca will gain an invaluable insight into the operation of this crucial department.

‘It is a great honour to be asked to undertake this role and I am very much looking forward to working with Gavin and the whole team at DCLG including Secretary of State, The Rt Hon Sajid Javid whom I have welcomed to Taunton Deane on a number of occasions.

Smooth operation of local government is essential to the functioning of a successful society and I am pleased to be part of this important area, whose role is only increasing with the emphasis on localism and devolution.

Gavin’s brief is particularly focused on housing and planning which, whilst we in the midst of a national housing shortage, will be a tough challenge. However, I am encouraged that housing remains one of the Government’s top priorities and with the Conservatives being the party of home ownership I am hopeful that we can overcome this.’

'I am delighted that our brilliant MP, Rebecca Pow has been recognised for her dedicated hard work in Parliament and in the Constituency by being selected as Parliamentary Private Secretary to Gavin Barwell, the Housing and Planning Minister.

Rebecca’s job as PPS is to be his assistant and the 'eyes and ears' of the minister in the House of Commons. It is an unpaid job but it is useful for an MP to become a PPS to gain experience of working in government.

Gavin worked for Conservative party headquarters from 1993 until his election as MP for Croydon  in 2010 and was the Party’s Chief Operating Officer. He visited us in Taunton on a number of occasions to help us organise previous elections.

For Rebecca, this is a well-deserved  promotion in Government and we all wish her well'.