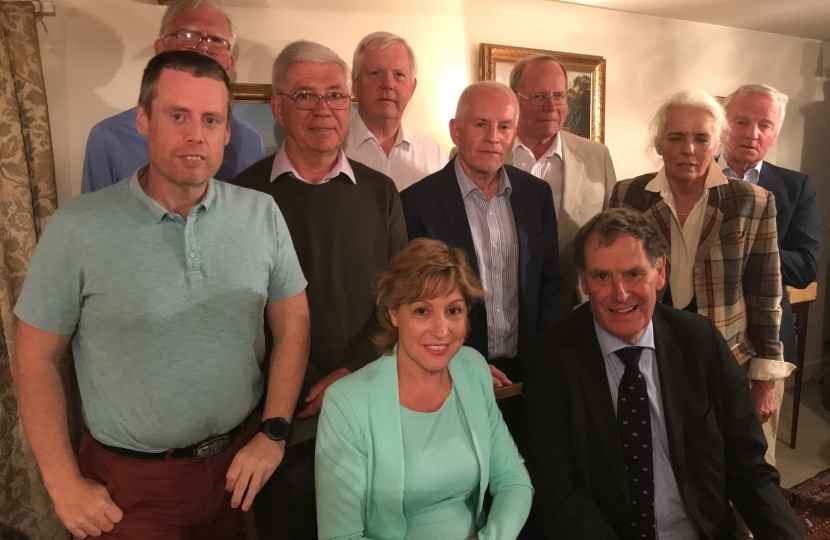 Rebecca Pow MP has been reselected as the Conservative Parliamentary candidate for Taunton Deane.

Delivering for Taunton Deane and its constituents has been central to Rebecca’s work since she became an MP in 2015.

In particular, she has been instrumental in retaining 40 Commando Marines in Taunton.

This followed an intensive campaign including Ministerial meetings, targeted questions in the House of Commons, a local petition and bringing the then Defence Secretary to Norton Manor Camp.

Following this, the then Defence Secretary announced that Norton Manor Camp would be saved for “ongoing defence use” as it would offer “better value for money”, recognising Rebecca’s campaign.

In addition, Rebecca worked to retain the world-leading UK Hydrographic Office in Taunton and played a key role in securing Garden Town status for Taunton, in attracting £79million to build new theatres at Musgrove Park Hospital, with her petition and Parliamentary debate making a difference, and in securing a further £11million to transform health services.

Working to attract £28million of infrastructure funding, including £7.2million for the ‘spine road’ at Staplegrove in Taunton and £15.2million for the Northern Inner Distributor Road, have also been important achievements, as has the Taunton railway station upgrade, one of her election pledges.

Rebecca continues to make the case that it is essential to secure the £80million Somerset County Council has applied for via the Housing Infrastructure Fund.

Members of Taunton Deane Conservatives reselected Rebecca as their Parliamentary candidate at a meeting on Friday.

Tim Taylor, chairman, said: “Rebecca was reselected with great enthusiasm by our members.

“She has a fantastic reputation locally for everything she has achieved for the community as well as her close involvement in local affairs.

“I know the uncertainty about the future of 40 Commando was a cause of great concern to many people right across the community, and with the backing of local stakeholders I am delighted Rebecca convinced the then Defence Secretary to change his mind and keep Norton Manor Camp open beyond 2028.”

Rebecca said: “I am honoured to be reselected as the Conservative Party candidate and I will continue to work tirelessly for the people of Taunton Deane.

“I am proud of my record since 2015, including helping to secure Garden Town status, £79million for the new theatres at Musgrove Hospital and significant infrastructure funding, and I look forward to building on this important work.

“Saving the Marines has been a particular success as they are so much a part of life here.

“I am also proud to be a strong voice on environmental and climate change issues, securing extra protection for ancient woodland and the ban on plastic microbeads in cosmetics and care products.

“I look forward to my new role as Minister for Arts, Heritage and Tourism though, as ever, representing the constituents of Taunton Deane will remain central to my work.”

On the Covid front it seems that as a result of entering Tier 4 here in Somerset at the end of last year and the subsequent national lockdown, cases across the county have started to level off.