David Fothergill: Centralisation of social care would be a costly mistake 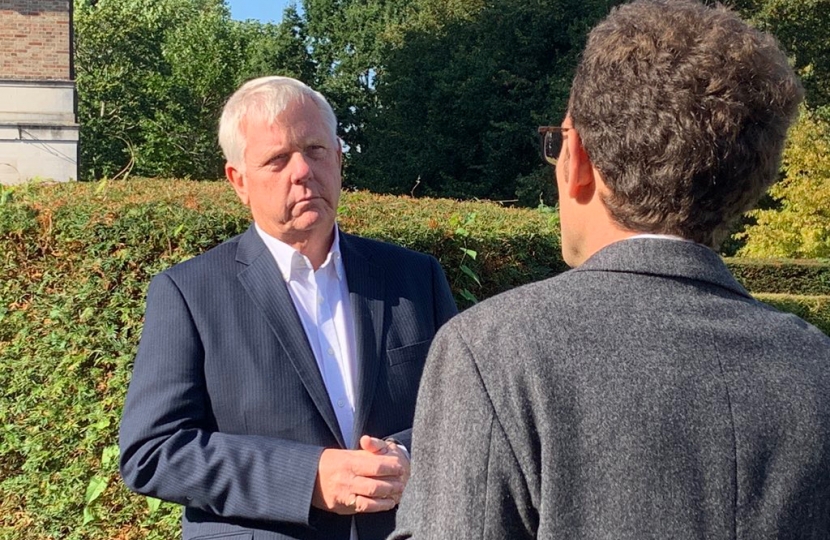 Cllr David Fothergill is the Leader of Somerset County Council and the Health and Social Care spokesman for the County Councils Network.

We’ve heard the phrase “health and social care are two sides of the same coin” plenty of times over the last few years.

The government has shown it is willing to learn lessons from the pandemic before it has finished, with last weekend containing headlines about proposed reforms to the NHS, which would unwind some elements of the 2012 Health and Social Care Act.

In recognition that perhaps greater integration between the health service and social care hasn’t quite worked out as well as those reforms intended, it appears ministers want to go further in deepening the relationship between the two in local areas.

We know, however, that it has been suggested in some quarters that the government may consider going one step further. Rather than closer integration, they advocate a form of nationalisation of these services, with social care being commissioned by the NHS instead of councils, as part of the government’s long-awaited green paper reforms on a future model of funding social care.

This is the model that was recently proposed by a review of Scotland’s social care system; an approach that the Scottish National Party is likely to pursue if it regains office in May.

This review’s consideration of how we both fund and deliver care services is important: how we as a country pay for social care is rightly at the forefront of everyone’s mind as part of reform. But a decision on how we fund social care through the White Paper can only come after it is decided who delivers it.

Nonetheless, unlike north of the border, we in English local government firmly believe that a centralisation of services would be a retrograde step. It would be an over-simplification that would lead to fewer care options for individuals; be more expense for the state; stifle better collaboration between health and care services; and crucially, remove local democratic oversight.

We are not coming at this from a protectionist point of view: we all got into local government to make a difference in our communities and to improve people’s lives. It is through this experience that we have a steadfast view that local delivery is best.

Of course, attempts to bring social care and health service closer together are laudable and will hopefully lead to better policy decisions, but they still perform two distinct if interrelated roles. Nor should social care be viewed through the prism of hospital discharges: just one in three people who go into long-term care each year come from hospital.

In essence, we can view the health service as a sprint: the immediate and acute health problems, in most cases are for a short period in someone’s life. Conversely, social care is akin to a marathon: care for the long-haul, with different options and intensity for people depending on their needs.

Crucially, councils boast the links to their communities: they know their people and they know their providers. From their relationships with care providers, their links with voluntary and community groups, alongside an ability to link across service areas such as housing and public health, councils have the size to be market managers whilst having the knowledge of their local areas that the NHS could never replicate.

In the debate on the future of social care to date, too much focus has been on the type of care we provide now in meeting people’s physical needs, and not enough on what care should be: enabling people to live as much of an independent life as possible.

If this future of preventative, people-focused care is to be realised, then we all need to pull together and ensure that we do our utmost to achieve it. This is why the County Councils Network last week released a report, produced by care specialists Newton, that sets a detailed blueprint on how this could be achieved.

If key foundations are put in place – namely that the government puts in place a long-term model of funding care and services remain locally delivered – this report sets out what can be achieved in the next decade if councils are put in the driving seat of local reform.

If councils, the health service, and providers, all worked more closely and intelligently with each other in wrapping services around the individual, then we can keep tens of thousands of people living more independent lives each year and make the experience better for the 1.4 million people who contact local authorities for council-arranged care each year.

It would allow us to build a model of care that allows people to live more independently: from providing more options and support to working age adults in care, to better tailoring care packages and homecare to individuals. It would also have significant financial benefits to reducing long term care costs if fully implemented, freeing up £1.6 billion annual benefits to be reinvested in services and contributing towards a more sustainable financial future for social care.

Improving people’s independence, after all, is what social care should be about. Remember, social care is a marathon, not a sprint, and allowing people to live their lives with as much dignity and freedom as possible is key.

Instead of over-simplifying the issue, let’s all work together to create a social care system fit for the future, which builds on the foundations already in place, rather than ripping them up.