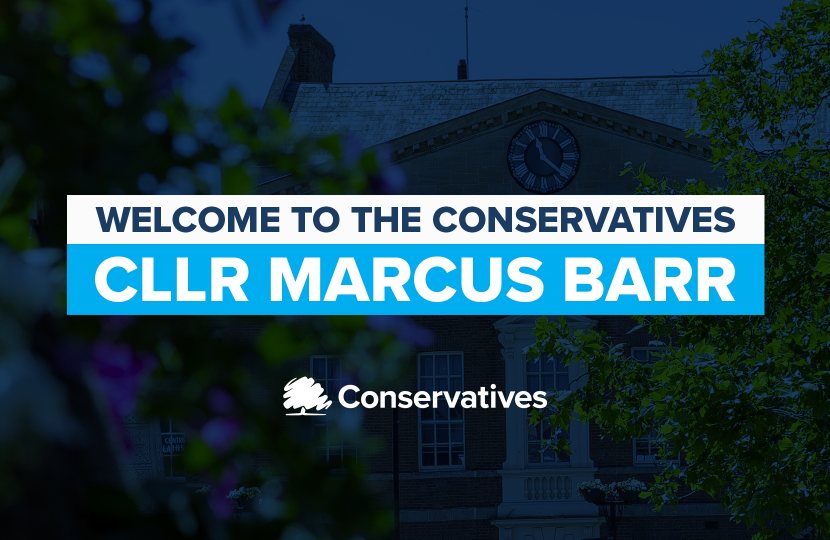 Taunton Deane Conservatives are delighted to welcome Marcus Barr back to the party. Marcus represents the Rockwell Green ward and has joined the Conservative Group on Somerset West & Taunton District Council, taking the number of Conservatives Councillors to 10.

Marcus has shown a real passion in his local community, and will be a valued addition to the group, and a strong voice on the council.

Cllr Barr commented, “I was originally elected to the Town Council as a Conservative councillor in 2015 when I put myself forward for election as someone who cares passionately about the Rockwell Green community and wants to be involved in helping to make it a better place in which to live, work, and play.

For personal reasons I later left the Conservative group and chose to sit as Independent councillor with no direct political ties.

However, throughout that time I made it clear to anybody who was interested, and I even included it in my literature, that my politics were Conservative and that I supported the Conservative Government and our Conservative MP Rebecca Pow, for whom I continued to help canvass at elections.

Now, with the current changes being proposed for local government in Somerset it has become clear that working within political parties is going to become more important for people such as myself who actually want to get things done for the community, and so I decided it was appropriate to rejoin the Conservative Party.

Having done so, it was natural to join the Conservative group of Town and District Councillors, although at the Town Council level the councillors all work together for the best interests of residents regardless of our politics”.